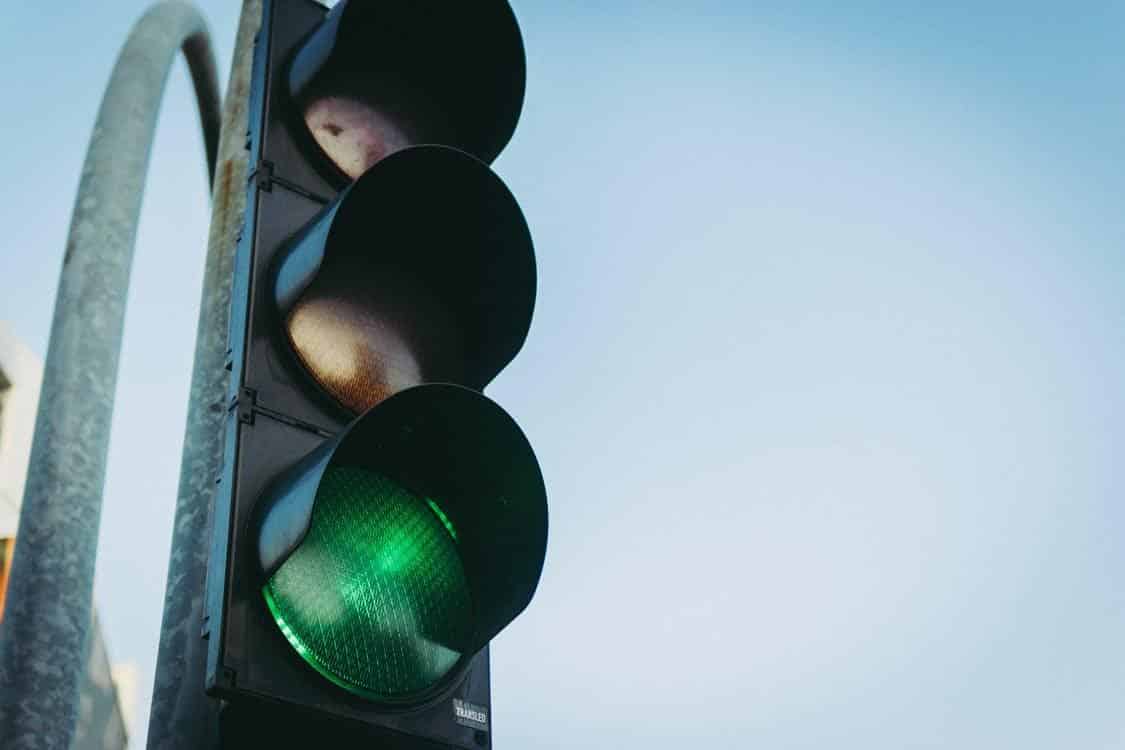 The proponents in favor of the Green Light Law make the claim that the law is designed to help all people in America regardless of citizenship status because it prevents unqualified drivers from obtaining a license. The actual physical license that is provided to undocumented citizens under the bill’s provision are not for other federal use. This means that any person with a license that reads “Not for Federal Use” will need to provide additional documentation to fly, vote, or enter a federal building.

Pros of the Green Light Law

A part of the initiative behind the push for this law was to create safer streets for all drivers (legal citizens or illegal aliens) by making sure everyone is knowledgeable on the rules of the road. To obtain a license, drivers will have to pass the state DMV’s written exam and road test regardless of citizenship status.

In addition to physical road safety, another way that this law helps keep all drivers safe is by making sure that all drivers are eligible to get insurance. Having uninsured drivers on the road puts every driver in jeopardy because accidents happen, and car insurance for undocumented immigrants will keep minor accidents from becoming detrimental financial burdens.

Another reason why the Green Light Law benefits everyone is to ensure that DMV regulations and checkups result in less dangerous and faulty cars on the road. Getting your car’s wellness check up keeps you, other drivers, and the environment safe from unnecessary pollution and cuts down the risk of car wrecks.

Cons of the Green Light Law

Critics of New York’s Green Light Law have growing safety concerns in other areas. One of the concerns is that the law includes extended privacy measures. The bill reads that DMV commissioners “shall not disclose or make accessible in any manner records or information” which means that immigration agencies such as Immigration and Customs Enforcement (ICE) and Customs and Border Protection (CBP) can no longer access DMV files before attaining a judicial warrant or court order.

Many argue that this prevention will make New York less safe in a post-9/11 world. Another worry is that current companies and drivers that are a part of the DHS Trusted Traveler program will have their current benefits altered. These Trusted Traveler cards are issued through DMV information and allow commercial and standard drivers that frequently cross the U.S/Canada border to get through tolls faster, which aids in overall border traffic flow.

Currently the DHS accounts for about 30,000 commercial truck drivers enrolled between four different New York-Canada ports of entry. With this program possibly coming to an end, the critics of the Green Light Law are left feeling that this law is taking away from their rights of travel.

The Green Light Law and Money

No matter the safety arguments, another important consideration that clarifies the issue is the financial aspect. Illegal immigrants and Dreamers being able to obtain a license also means they will need to purchase car insurance.

In order to live a full life in America, undocumented immigrants need to drive and in order to drive on the road, everyone needs insurance. The more people that are driving and licensed, the lower insurance rates are for all participants. Not only will each individual driver save, but in case of an accident, there will not be as many cases of hit and runs or trying to settle a case with someone fighting deportation and leaving all the costs.

Within the first few days of passing this law there were over 3,000 licenses and permits issued per day. New York, along with fourteen other states that have passed the Green Light Law, estimated to generate an additional $57 million in combined annual revenue and $26 million in one-time revenues from the immigrants that this bill supports.

Under the Green Light Law, there are both profits and losses. The negative effects of this law include the strain created for immigration and border control agencies and their relationships with New York departments. Traveler programs and Homeland Security strongly contribute to New York’s economy through receiving federal grants in support of the New York ports.

It is estimated that in 2020 New York will receive an estimated $6.6 billion dollars in federal grants, and over $8 million supplied by DHS. With the passing of the Green Light Law, the approval process of these grants will change and have the capacity to negatively impact the way New Yorker's and visitors travel.

The Green Light Law is not a Free Pass

Many arguments against the Green Light Law is that it will allow a person who is in the country illegally a free ticket into our society, but if a person visits the New York DMV website, they will read information that may persuade them otherwise.

Just like every other person who wishes to drive in America, anyone seeking a license needs to provide valid documentation to prove their identity.

Unlike American-born citizens, immigrants will need to provide proof of identity on a six-point scale. Each document type is weighed by different point values so having as many different forms as possible is suggested before going to your DMV appointment.

A few of the accepted documents include but are not limited to:

Providing these documents is only the beginning in obtaining a proper license. Although the Green Light Law allows a variety of documentation, each form needs to be verified before any applicant can move forward.

A major concern with the Green Light Law is the acceptance of foreign documents as authentication. Other countries have procedures that differ in how they authenticate documents for ID and passport approval. Any U.S DMV will have no way of verifying if the documents a person has obtained overseas has been issued with a similar or higher security standard to the U.S.

With over 600 kinds of documents now being accepted, New Yorker's and officials worry that the DMVs will become overwhelmed.

What to Remember about the Green Light Law

America is a country founded by the arrival of immigrants. The Green Light Law provides a pathway for immigrants that are arriving in America today to better assimilate into the American culture like previous immigrants arriving in America. The importance of a driver’s license is even more critical than ever before because of the long distances to commute in order to do basic tasks such as grocery shopping, commuting to work or taking young children to daycare or schooling.

Many foreigners that wish to immigrate to the United States look to America as an asylum, a new beginning, and a place where they can accomplish their dreams. As there are strong passions on both sides of this debate, it is important for a person to dispassionately evaluate the policy reasons and actual mechanics of how the Green Light Law operates. Unlike the right to life, liberty, and the pursuit of happiness, the legal right to drive depending upon the immigration status of a person is still a raging debate.